All You Need To Know Regarding Ayahuasca 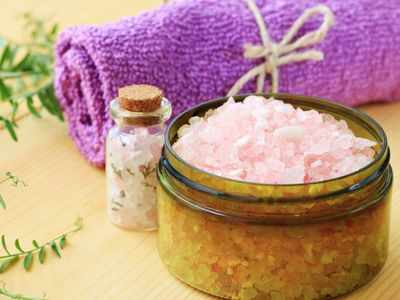 Ayahuasca is a powerful hallucinogen native to the Amazon. Psychoactive drugs like these directly affect the frontal neocortex, causing changes in thinking, mood, and behavior. Traditional South American healers have used ayahuasca tea in a ceremonious manner for many generations. It also has a significant function in several religious rites conducted there.

According to different studies, Ayahuasca has been linked to many health benefits in recent years. As a result, this drug is being increasingly used in different environments, such as an ayahuasca retreat. However, there is still a lot that we don’t know.

What exactly is Ayahuasca?

Ayahuasca is prepared from the leaves of the P. Viridis plant and the Banisteriopsis caapi vine stalks. Ayahuasca is primarily a psychedelic beverage. The term Ayahuasca comes from Quecha, the most spoken pre-columbian language in the Americas, and it   can be translated as “wine of the soul”. It has been used in many Amazonian regions as a spiritual medicine. Ayahuasca is known to induce a reflective, dream-like experience.

Ayahuasca tea contains two components of plants with psychedelic characteristics. These are the leaves of the P. Viridis plant and N-dimethyltryptamine, a powerful psychedelic chemical.

Neuroimaging scans have shown that Ayahuasca improves blood flow to the parts of the brain controlling memory and emotions, such as the medial temporal region, the hippocampus, and the amygdala. For the longest possible time, the indigenous people of Peru, Colombia, Brazil, and Ecuador have been using Ayahuasca as therapeutic medicine and as a part of their tribal rituals and religious ceremonies.

It is also used to treat emotional issues, body ailments, and spiritual crises. Many people believe that it can allow them to gain emotional healing or insight into their inner being.

Ayahuasca ceremonies are generally conducted at night. Within one hour of ingesting Ayahuasca, the participants begin to experience the psychedelic effect of the chemical, which can last up to six hours. The ceremonies are closed once the impact of the drugs has gone.

Ayahuasca has been used to treat:

During a ceremony, people usually drink one or two portions. The ceremonies can take place on multiple evenings in a row. The post and pre-ceremony rituals are crucial for this practice.

Ayahuasca has been shown to have various possible health benefits, particularly for emotional well-being and improvements in brain health. However, more research is needed to corroborate these conclusions. The following are some of the potential benefits of this drug.

Tips To Prevent a Herniated Disc

Feature of a Leather Shoulder Holster